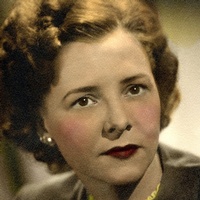 ALICE E. MOORE, 101, of Paris, passed from this life on Thursday June 2, 2011 at Red River Regional Hospital in Bonham. Cremation arrangements were under the direction of Starrett Funeral Home.

Alice was born August 18, 1909 in Walthill, Nebraska, a daughter of Charles and Mary Seda Hudec. She was a retired newspaper editor. She married Francis de Sales Moore, who preceded her in death.
In addition to her husband she was preceded in death by six brothers.

To order memorial trees or send flowers to the family in memory of Alice E Moore, please visit our flower store.