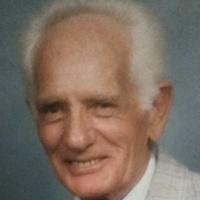 Aubrey Neil Parsons, age 87, died Wednesday, May 23, 2018, in Paris. He was born at home on November 1, 1930, in Plainview to Robert Roy and Clarice Standifer Parsons. The youngest of seven children - five brothers and one sister - he grew up on a farm near Abernathy where he jokingly claimed to have never had a single day off from hard work until he grew up and left. After graduating high school, he served four years in the US Air Force, including a tour in Korea during the Korean War. He spent his working career in construction and commercial painting and was for many years a supervisor for Brown & Root.

To know Neil was to be teased by him. He was ornery but loveable, an incomparable joker who brought joy to everyone he met with his storytelling, sharp wit and self-deprecating humor. He loved music and shared his talent with others by singing and playing guitar at church and for nursing home residents in different bands.

In 1969 he married Zenobia Lucille Porter, who in 2013 preceded him in death and whom he lovingly cared for during her long illness. As his own death drew near, he said he'd lived a good, happy life and was ready to go. He knew he would soon reunite with his beloved wife "Tooter" and meet his Lord and Savior, Jesus Christ.

He was preceded in death by his wife, parents and six siblings. He is survived by his wife's three children, eight grandchildren and 13 great-grandchildren, as well as several generations of nieces and nephews and countless friends.

To order memorial trees or send flowers to the family in memory of Aubrey Neil Parsons, please visit our flower store.