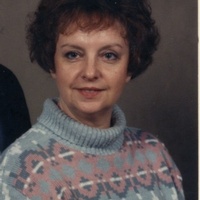 BARBARA ANN HINDMAN, 74, of Paris, left this life on Tuesday September 27, 2011 at Paris Regional Medical Center. Funeral services will be held at 11:00 a.m. Friday September 30, 2011 in the chapel of Starrett Funeral Home, with Rev. Doug Holt and Stephen Rooks officiating. Burial will follow in the Tigertown Cemetery.

The family will receive friends from 6:00 to 7:00 p.m. Thursday at the funeral home.

Barbara was born June 6, 1937 in Leadwood, Missouri, a daughter of Rev. Maynard Gray and Dorothy Neudecker Swart. Born in a minister's family she frequently moved with her family to sundry cities, then graduated from high school in Ft. Worth. She later attended Paris Junior College. She was an adventuresome individual, whether in her travels or the kitchen. Upon tours of duty in Europe with her husband during his military career, she fell in love with that part of the world. In her childhood years she exhibited musical talent, and during her teenage years she was part of a gospel band, demonstrating exceptional ability on the piano and accordian. This love of music never left her, and for the greater part of her adult life she continued to give of herself to Christ and His church with the gift of her piano and organ music. She was well known in the Paris community as the owner of two restaurants: "The Country Corner," where she introduced deli-style food and presentation to Paris; and later at "Across the Tracks." Of all her abilities, she was best known as the consummate caretaker of her family, and her greatest joys were to spend time and give of herself to her husband, children, and grandchildren.

She married William L. Hindman, Sr. on April 1, 1955 in Ft. Worth, and together they shared over fifty-six years of memories.

She is survived by her husband Bill, of the home; a daughter, Robin Rooks and husband Stephen, of The Woodlands; a son, William L. Hindman, Jr., of Paris; three grandchildren, Megan Larkin and husband Matthew, Tanner Hindman and Ryan Rooks; a great-grandson, Kash Larkin; a brother, Dennis Swart, of Paris; a sister, Carol Early, of Dallas; and by a number of nieces, nephews, cousins, and friends.

To order memorial trees or send flowers to the family in memory of Barbara Ann Hindman, please visit our flower store.