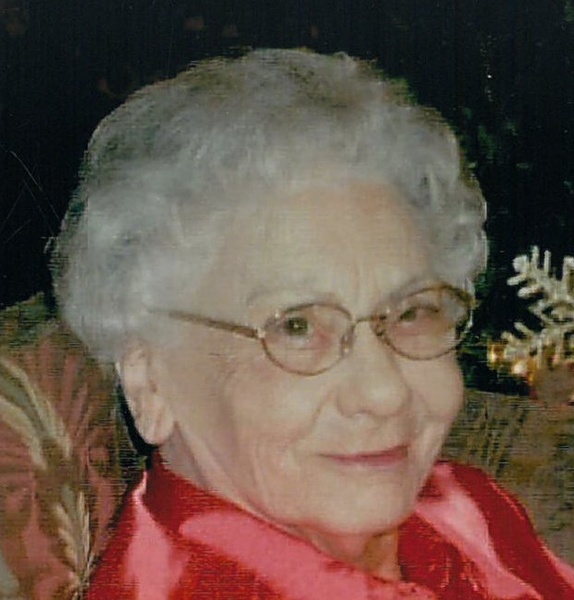 Bessie May Mitchell, 97, of Paris, TX, passed away at her daughter’s home in Sumner, TX on September 1, 2020. She was born on July 15, 1923 in Bakersfield, CA to Roy Curtis Anson and Ivy May Stubblefield Anson.

She married Vernon Calvin Hobbs in 1943 in Taft, CA. They welcomed two daughters, Sherry Ann and Laurie Ann into their lives. They divorced in 1967. In 1968 she married John Frederick Mitchell. She then welcomed his three children into her life, Johnny, Richard Jerrel, and Leland Carl.

Bessie attended Jr. college in Taft, CA majoring in business, she did not obtain a degree but her education served her well throughout her life.

She lived in California, moved to Montana and then Wyoming, and back to California before moving to Oklahoma, and eventually Texas. She had many adventures, lots of hard work, and numerous experiences that shaped her life. She was known for telling great stories about her life. She was wise, positive, quick to give excellent advice, whether you wanted it or not, and a lot of fortitude. After moving to Carlsbad, NM she and John operated several different businesses, until they moved to Orla, TX, and she spent the remainder of her years in Orla operating her little grocery store, with one gas pump, even after John passed away. She and John were the hub of the small community and she acquired another “family” of wonderful friends there. She was forced to retire at 84 years old when a severe health issue required her to move to Paris, near her daughter, Sherry. She remained in Paris for the next 13 years until she passed away.

She loved animals, both domestic and wild, especially cats and deer. She was an avid reader and loved her National Geographic Magazines.

A memorial celebration of Bessie’s life is set for September 19 at 3:00 pm at the Good Times Event Center in Hugo, Oklahoma. The family requests donations be made to a Go Fund Me Page on Facebook for the Hugo Animal Shelter and Rescue Program or at the memorial celebration.

To order memorial trees or send flowers to the family in memory of Bessie May Mitchell, please visit our flower store.