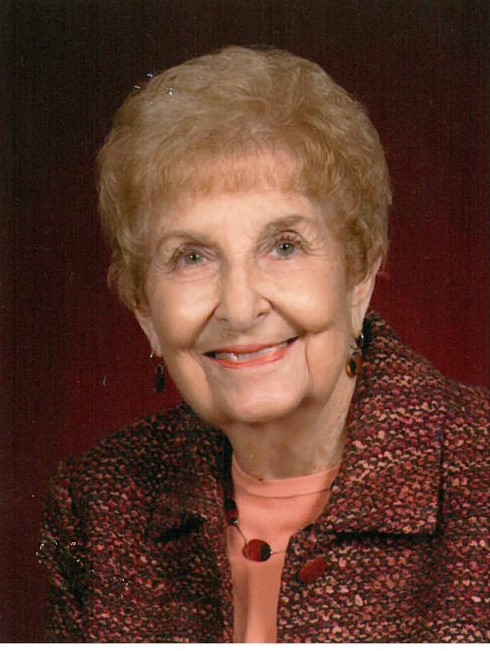 Bettye Lee Ready Hindman was born September 22, 1921, to Robert Ready and Cleo Arnold Ready, and she peacefully left the world that she loved on March 7, 2020, at the age of 98. Growing up in various towns in Oklahoma, Bettye and her sister, Genne, were free to play with their cousins, use their imaginations and entertain their family by singing in harmony. After graduating from high school in Elk City, Oklahoma, where her dad served as principal, Bettye attended Southwestern State University at Weatherford, OK. She moved to Oklahoma City in 1941 and worked as a stenographer in the office of Governor Robert S. Kerr. A friend introduced her to a handsome fellow named Pete Hindman, and they married on August 23, 1943, during WWII. At that time, Pete was a primary flight instructor and Flight Officer in Air-Transport Command. After WWII, they returned to Pete€™s hometown of Paris and lived in his family home. Pete Passed away on April 22, 1998.

Pete and Bettye met Sara and Rayburn Bell in the 1940€™s. They introduced her to the Director of Music at Central Presbyterian Church, Jean Richardson, whose husband, Bob, was pastor there. Bettye was so impressed by their worshipful music that she joined the Sanctuary Choir in 1952. Even before she joined the church, Bettye directed the Chapel Choir and attended Worship and Music Workshops. After she joined the church in 1960, she was asked to be the Director of Music, a position which she continued for 20 years. When she retired in 1980, the church celebrated her years of service with a dinner and honored her by dedicating three octaves of Malmark hand bells to the Music Department. She was ordained an elder in 1995. In 2000, in memory of her husband, Pete, she began a €œgrief ministry€ with the help of Rev. Timothy Davenport-Herbst. Many families were touched by her gifts of carefully chosen books and acts of love. Following that, she began a €œcard ministry,€ sending cards and bulletins to members who were not able to attend church services. She also served as €œShepherd€ over a group of Central members, and she loved looking after her €œflock.€ In 2009, Bettye was honored for 57 years of amazing music ministry. Forty guests, plus our congregation, attended the morning worship service followed by a dinner in Fellowship Hall, and Bettye personally recounted her memories of every special guest who attended! The church commissioned a special anthem in her honor, €œWhen Morning Stars Together.€ The anthem was composed by Dr. Michael Bedford, composer-in-residence at St. John€™s Episcopal Church, Tulsa, Oklahoma, dedicated to Bettye and performed by the Sanctuary Choir during the worship service.

Meanwhile, even during those busy years, Bettye and Pete managed to do a lot of traveling in Pete€™s private plane, often accompanied by Rayburn and Sara Bell. Whatever happened on those trips stayed on those trips, but they had great times in Colorado, New Mexico and their favorite, Old Mexico. When Bettye moved into Pete€™s family home in Paris (aka €œThe Gingerbread House) in 1945, she did not know anything about yards or gardening, so she was delighted when asked to be a charter member of the Green Thumb Garden Club in 1949. Pete and Bettye loved to read and were very early members of The Paris Public Library. Their library cards were numbered 1 and 2. Bettye€™s musical life extended beyond her church, and in 1950 she and several musically talented friends created the Moderne Music Club, where they sang and played together and entertained groups in Paris for many years. That club is still going strong, and it is like no other club anywhere!

She was a crackerjack bridge player and also enjoyed her charter membership in the Round Table Study Club of Paris for many years. Bettye was a delightful friend to people of all interests and in all walks of life because she could find a connection with anyone, whether it be Oklahoma, music, birds, books or just plain fun! She loved nothing better than a €œgood conversation,€ and she nurtured lifelong relationships with friends and the children of those friends.

Bettye is survived by her nephew, Scott Martin, and wife Mary of Magalia, California, and their children Matthew and Erin; Mendy Martin of Fallbrook, California; cousin Jan Ready Cook of Tyler, Texas, her €œadopted€ daughters, Robin Bell Gurka and Sally Cecil and her treasured colleague and friend, Thomas Belew. Predeceasing Bettye were her parents, her husband Pete, her sister Genne and brother-in-law Clyde (€œPepper€) Martin and Millburn Cook of Tyler, Texas.

Bettye was blessed to have loving caregivers from Signature Home Health and Waterford Hospice who made the last weeks of her life calm and comfortable. And her devoted friends and helpers, James Minor, Isabel and Michael Dotson and Doris Rhea enabled her to live independently in her home until the end of her life.

To order memorial trees or send flowers to the family in memory of Bettye Lee Hindman, please visit our flower store.