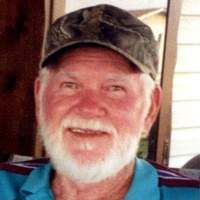 BILL "FLIP" FLIPPEN, 73, of Paris, passed from this life Monday April 11, 2011 at Paris Regional Medical Center. Following cremation arrangements a memorial service will be conducted at 11:00 a.m. Saturday April 16, 2011 in the chapel of Starrett Funeral Home, with Crystal Brown officiating.

Flip was born September 18, 1937 in Paris, a son of Thomas Park and Eulala Cain Flippen. He attended Paris schools, and was of the Baptist faith. He was a former employee of B&W, had worked in the insurance business, and was the former owner of Patio World in Dallas. He was an avid outdoorsman, and loved to be a part of large family gatherings. His fondest times were spent camping and cooking at the lake. He looked forward to Texas-OU weekend and the State Fair of Texas every year, where large groups of his family would meet.

He was preceded in death by ten brothers and sisters.

Survivors include his wife Linda, of the home; a son, Mike Flippen and wife Carolyn, of Paris; four daughters, Pamela Flippen, Debra Flippen, Sherry Offutt and husband Randy, and Angie Mobley and husband Scott, all of Paris; ten grandchildren; nine great-grandchildren; a sister, Mattle Deice, of Mesquite; a sister-in-law, Mary Flippen, of Paris; and numerous nieces, nephews, extended family and friends, all who loved him dearly.

To order memorial trees or send flowers to the family in memory of Bill "Flip" Flippen, please visit our flower store.