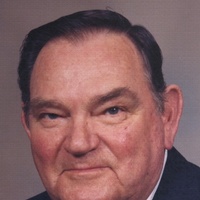 BILLY FRED LaRUE, 86, of Paris, passed from this life Friday March 7, 2014 at Legend Healthcare Center in Paris. Funeral services will be conducted at 3:00 p.m. on Wednesday March 12, 2014 in the chapel of Starrett Funeral Home with his nephew Tommy Johnston officiating. Private inurnment will be in the Garden Columbarium of Church of the Holy Cross Episcopal in Paris.

The family will greet friends at a reception in the Parish Hall of Church of the Holy Cross immediately following the service.

Billy was born November 8, 1927 in Lovelady, Texas, a son of William Harris and Effie Hairston LaRue. He served his country honorably in the U.S. Army and was discharged in 1946 as a Technician 3rd Class. Billy then became a 1st Lieutenant in the National Guard, serving as company commander in the 49th Armored Division. He received his B.S. in Agriculture from Texas A & M University in 1948, and after teaching school for three years went on to pursue a career in the business world, operating LaRue Ford Tractor in Paris and Dairyland Ford Tractor in Sulphur Springs. Although a man of few words, he was faithful to his promises, fair in his business dealings, and gained the respect of all who knew him. Throughout his adult life he was active in the Elks Club, Rotary, the Masonic Lodge, the Texas A&M Former Students Association, and was a member of Church of the Holy Cross Episcopal in Paris.

On April 6, 1950 he married the love of his life, Betty Jean Banks, in Yantis, Texas, and together they spent sixty-two years of building family and memories before her death in 2012..

To order memorial trees or send flowers to the family in memory of Billy F LaRue, please visit our flower store.

Church of the Holy Cross