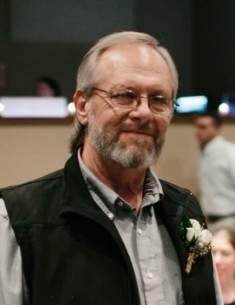 Bobby graduated from North Lamar High School in 1972, at which time he began working at B&W.  From there he continued the family trade as an electrician, following in his father's footsteps (Pratt's A-1 Electric).  Bobby worked at several places until his health would not allow it any longer.  He was a man that could fix anything, with a  gift of teaching others while also enjoying instructing anyone on how to do it (if you were willing to listen).

Bobby was a funny, patient, and kind man, and a friend to anyone he met.  He enjoyed spending time with family, friends, 80's rock, singing and life itself.  He had a great personality and loved making others laugh or smile.  To most people, they would remember him as the POOL SHARK with a wicked talent on the pool table, as that was a true passion of his.

He was very proud of his kids, grandkids, and great-grandchildren.  He loved to talk about them every chance he got.

Bobby was preceded in death by his parents, Ernest and Elva Pratt.

He was a faithful and loving husband to his wife, Jency, whom he spent 27 years with, daughter Sheri Arnold (Stephen) of Sumner, son Ronnie Pratt of Paris, bonus children, Whittney Grizzle (Drew) of Canyon, Channing Brooks of Paris, Shealee Brooks of Paris, sister Brenda Pratt Lopez of Paris, many grandchildren and great-grandchildren, and his beloved dog GIRL, whom he loved greatly.

Graveside services will be Saturday, September 4, 2021, at 10:30 a.m., at Spring Hill Cemetery, Farm Road 2648, Paris, with Danny Hoskins officiating. Visitation will be thirty minutes prior to service time.

To order memorial trees or send flowers to the family in memory of Bobby Wayne Pratt, please visit our flower store.