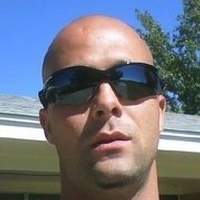 Brannin was born December 31, 1981 in Paris, a son of Terry Don and Scarlett Denise Thacker Miller. He attended North Lamar and Paris schools, and worked as a carpenter in the construction industry.

He was preceded in death by a grandmother, Dorothy Ausmus and a grandfather, Charles Thacker, and several aunts and uncles.

To order memorial trees or send flowers to the family in memory of Brannin Don Miller, please visit our flower store.