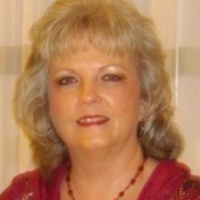 BRENDA KAY COPLIN, 59, of Paris, passed from this life and won her battle on Sunday July 21, 2013 at Medical City Hospital of Dallas. Funeral services will be conducted at 10:00 a.m. Thursday July 25, 2013 in the chapel of Starrett Funeral Home with Rev. Jack Graham officiating. Interment will follow in Evergreen Cemetery.

Brenda was born October 20, 1953 in Paris, a daughter of Johnny W. and Sarah Emma Bowers Wilson. She was a graduate of Paris High School and worked for over thirty years for Dr. Larry Walker, later Paris Family Physicians. Brenda loved life, and whether preparing delicious meals, dancing to her favorite Country & Western music, or out shopping, she gave it the very best that she could. Her love was deep for the things she enjoyed, especially family campouts at Pat Mayse Lake, but that love paled when compared to that special love she had for her family. Brenda recognized the important responsibility of raising her three daughters, but later learned that a grandmother's obligation to spoil her ten grandchildren was equally as rewarding. In 1983 Brenda married the love of her life, Rick Coplin. Together they built a family, lasting friendships, and taught lessons that will last a lifetime.

She was preceded in death by her father.


To order memorial trees or send flowers to the family in memory of Brenda Kay Coplin, please visit our flower store.