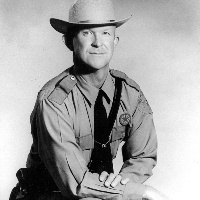 C.A. Dempsey was born Friday August 22, 1924 to John Dempsey and Zula Petty in Pittsburg, Texas. He attended Pittsburg area schools and was of the Christian faith.

C.A., known to many as "Red," obtained a Doctor of Education from Texas A&M University College Station in 1979. His other interests, numerous and diverse, included being a Master Gardener; a sports coach and teacher at Paris High School; as well as studies in Horticulture Therapy for the Lamar County Probation Office in Criminal Activities providing an opportunity to those in prison. His dedication to charity was seen in his seventy years of fraternity affiliations with the Masons, and thirty years with Shriner and Scottish Rites organizations. In service to his community, C.A. spent many years, eventually retiring with the Department of Public Safety as a State Patrol Officer.

He is preceded in death by many family and friends, most notably his parents, his first wife, Margaret (Hargroves) Dempsey; his second wife, Valerie Dempsey; and a granddaughter, Meredith Lynn Thomas.

In lieu of usual remembrances, the family requests that donations be made in Red's memory to Texas Master Gardener Association of Lamar County, 4315 Bonham Street, Paris, Texas.

To order memorial trees or send flowers to the family in memory of CA Dempsey, please visit our flower store.