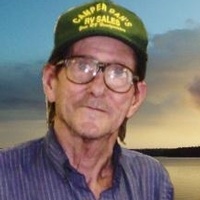 Cecil Eugene Crutchfield, 59 of Paris, died Friday, Oct. 25, 2013, at his home. Following cremation arrangements, a memorial service will be held at 11 a.m. on Saturday, Nov. 2, 2013, in the chapel of Starrett Funeral Home, with the Rev. Tiny Freelen officiating. The family will receive friends at the funeral home from 7-8 p.m. on Friday.

Cecil was born June 15, 1954, in Paris, a son of Albert A. and Leono C. Rushing Crutchfield. He was a self-employed Plumber.

Survivors include his special friend and companion, Danny White, of whom Cecil said, "He is like the son I never had"; two brothers, Ervin Crutchfield of Cooper, and Bobby Crutchfield of Linden; three sisters, Sharon Austin and husband, Stuart of Watagua, Kathy Evans and husband, Albert of Brookston, and Torchie Beatty and husband, David of Douglasville.


To order memorial trees or send flowers to the family in memory of Cecil Eugene Crutchfield, please visit our flower store.