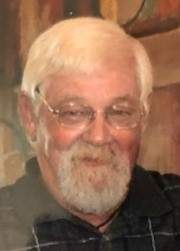 A memorial service is scheduled for Saturday, January 9 at Victory Baptist Church at 10:00 a.m. Roden Pryor Funeral Home has charge of cremation arrangements.

Charles was born in Paris on March 31, 1951 to Harley Braswell and Gertrude Marshall. He served his country in the US Marines in the Vietnam war.

To order memorial trees or send flowers to the family in memory of Charles Ray Braswell, please visit our flower store.