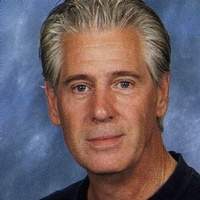 
CHARLES RADFORD "CHUCK" BRAZILE, 58, of Denton, formerly of Paris, passed from this life Thursday August 29, 2013 at the home of his daughter Tuesday Cohee in Keller, Texas, surrounded by close family and friends. Starrett Funeral Home will conduct funeral services at 2:00 p.m. Tuesday September 3, 2013 at the Lamar Avenue Church of Christ, with Patrick Cannon officiating. Interment will follow in Evergreen Cemetery.

Chuck was born July 13, 1955 in Paris, a son of Jack LaRue and Eugenia Dorrell Radford Brazile. He was a graduate of Paris High School, then attended Paris Junior College and Texas Tech University, and graduated from North Texas State University with a Bachelor of Science degree. He taught C.A.D. in the Denton Independent School District, and had served as a Drafting instructor at Paris High School from 1980 to 2007. He was a member of the Lamar Avenue Church of Christ.

To order memorial trees or send flowers to the family in memory of Charles Radford "Chuck" Brazile, please visit our flower store.