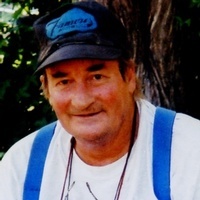 CHARLES ELLIOTT POTTS, JR., 69, of Paris, passed from this life Thursday July 19, 2012 after a lengthy illness. Following cremation by Starrett Funeral Home, the family will host a memorial celebration of his life from 1:00 to 4:00 p.m. Wednesday July 25, 2012 at the home of Randy Locke, in Powderly, with Leemond Dollins officiating.

Mr. Potts was born June 1, 1943 in Paris, a son of Charles Elliott Potts, Sr. and Juanita Fay Lofton Potts. He was a graduate of Paris High School, and received his Associate of Science degree following studies at Paris Junior College and East Texas State University. He was a collegiate All-Star Baseball player, and scholarship recipient. He was an avid pool player, fisherman, and loved to golf. He retired as office manager with CF Freightways, Inc., of Sacramento, California. He was of the Baptist faith.

On August 13, 1999 he married Sandra White, in Woodland, California.

He was preceded in death by his parents; and a sister-in-law, Debra Jo Turner.

To order memorial trees or send flowers to the family in memory of Charles Elliott Potts Jr, please visit our flower store.