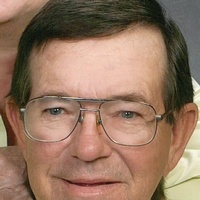 CHRISTIE BRENEMAN BROWN, husband, father, grandfather, and friend, passed away Friday, September 4, at home comforted by his family and friends. Christie's life will be celebrated at Starrett Funeral Home with a memorial service at 6:00 p.m. Monday September 7, 2015. The family will greet friends following the service.
Born August 25, 1948, in Paris, Texas, Christie was an avid and accomplished golfer whose love for the game was eclipsed only by his love for his family. A life-long resident of Paris, Christie's ever present smile and his exuberance for life will be missed by many. He never failed to greet friends - old and new - with a hug and "How are you doing?"
Even when his illness began taking a greater toll on him, Christie never complained, and when asked how he was doing always responded with "I'm great! How are you?" That positive spirit carried him through the past several years and helped sustain those who love him.
And, those who love him are countless - especially those with whom he competed in golf tournaments through the years. Christie won the Paris Golf and Country Club Fourth of July Tournament twice, as well as many other tournaments, and he was as gracious in defeat and he was in victory. Christie also served on the Board of Governors of PG&CC and was president of that group. After becoming less involved in competitive golf, Christie began coaching young players in the game.
That motivation to help others led him to volunteer for the Downtown Food Pantry, which was initiated by the First United Methodist Church in Paris where he was a member. His volunteer work at the Food Pantry was dear to his heart, and he loved sharing his experiences there with his friends and family.
A 1966 graduate of Paris High School, Christie majored in marketing at Texas Tech University graduating in 1971 when he returned to Paris and expanded his part time duties at National Hardware to a full time position. He learned all facets of that business from shipping to inside sales to field sales and was appointed vice president and sales manager in 1973, president and general manager in 1981, and later co-owned the company.
Christie married the love of his life, Cheryl Caldwell in December of 1972, and she survives him along with their two children, Brandi Brown Crowell and Christopher Brent Brown, as well as his son-in-law, Jay Crowell, and his daughter-in-law, Amy Kay Bryan Brown. Also surviving are Christie's two grandchildren whom he adored - Caden and Chelbi Grace Crowell, his aunt Luvenia Banister, cousin Tami Trzeciak, and uncle Larry Joe Brown and wife Francis. Christie was preceded in death by his parents, A.L. and Catherine Breneman Brown.
A special thank you and deep appreciation go to Dr. Richard Bercher and Lainie Cutbirth whose genuine care and concern will always be remembered.
Named as honorary pallbearers are Dean Amis, David Kennemer, Roy Tom Stone, Jay Guest, Dick Amis, Sonny Gentry, David Wooldridge, and Cody Chapman.
If desired, memorials may be made to the First United Methodist Church Youth Building Fund or to the Downtown Food Pantry.

To order memorial trees or send flowers to the family in memory of Christie B Brown, please visit our flower store.