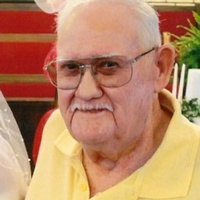 CLARENCE EDWARD "BOOTSIE MULLENS, of Powderly, passed from this life and was received into the arms of his Lord and Savior Jesus Christ on December 16, 2015 at the age of seventy-four years, ten months, and one day. Cremation was under the care of Starrett Funeral Home. A memorial service will be held at 11:00 a.m. on Saturday January 9, 2016 at the Arthur City Baptist Church, where he was member. Rev. Terry Barnett will officiate. There will be no formal visitation.

Born February 15, 1941 in Lamar County, he was a son of Clarence and Lucille McFadden Mullens. He was retired from the trucking industry, traveling thousands of miles cross country and making friends along the way. He leaves many extended family members and friends, who rejoice at his home going, and are grateful for the wonderful life he lived and enjoyed to the fullest.

Clarence was preceded in death by his parents; a son, Denny DeWayne Mullens; his first wife, Jimmie Eatherly Mullens, with whom he was married for forty years; a brother, George Mullens; three sisters, Mary Lou Anderson, Irene Mayes, and Virginia McCool.

To order memorial trees or send flowers to the family in memory of Clarence E Mullens, please visit our flower store.