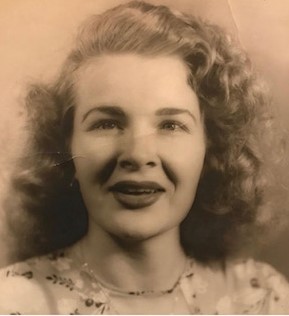 Cleo Belle Moseley, 92, passed away Sunday March 14, 2021. Graveside services are scheduled for Friday March 19, 2021 at 11:00 am at Long Cemetery under the direction of Roden Pryor Funeral Home with Dr. Tommy Turner officiating.

She was born on February 11, 1929 in Powderly to Joseph and Myrtle Popham Wharton. Cleo lost her parents at the age of four by natural causes. She had a twin brother and sister, Jack and Janice, that were adopted by the Cooley family of Hugo, Oklahoma. Her brothers Joe, Horace and Clifford were accepted into the Buckner’s Orphan Home. Dr. Joe Buckner was a founding pastor at First Baptist Church Paris. Cleo was at that time in the custody of her mother’s sister, Billie Nabors. At the age of six she attended Buckner’s Orphan Home to be with her brothers until the age of eighteen. She returned to Powderly and started attending Paris Junior College. She met James D. Moseley and they were married in Dallas, Texas. They then began their journey together and moved to Oklahoma for a short while and eventually moved back to Paris where Cleo’s husband, James, continued the family business of Moseley Amusement Co. A business of fun and entertainment involving jukeboxes, pool tables, pinball machines, kiddy rides, gumball machines, toy machines and eventually video game machines. Cleo called him the “pied piper”. Cleo worked at Westinghouse but decided to go back to college to complete the degree she had started. She completed her degrees to become a speech language pathologist and an educational diagnostician working many years for Paris Independent School District. Cleo retired to enjoy landscaping and designing beautiful gardens, antiquing, traveling and enjoying her Koi fishpond. Cleo was a woman who was drawn to interesting, informative and creative people. She was always reading, researching and creating beauty wherever she went. She was an attractive and elegant lady, however, she had a spunk and sass about her. This made her a unique and charming individual. She will be greatly missed by family and friends!

To order memorial trees or send flowers to the family in memory of Cleo Belle Moseley, please visit our flower store.