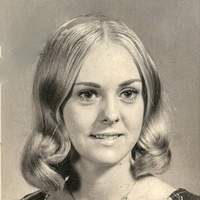 Deborah was born November 12, 1953 to Voy Harmon, Jr. and Mandy Graves in Hugo, Oklahoma. She married Charles Hilleary Turner on June 18th, 1979. She served her community as a deputy Sheriff for Delta and Lamar Counties.

She is preceded in death by her father, Voy, and her beloved husband, Charles.

To order memorial trees or send flowers to the family in memory of Deborah Kay Turner, please visit our flower store.