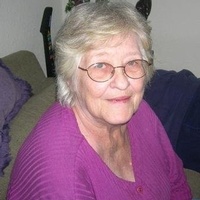 DONA MARIE BOYDSTON, 74, of Tulsa, Oklahoma, former long-time Lamar County resident, passed from this life at her home in Tulsa on Thursday May 24, 2012. Funeral services will be held at 2:00 p.m. Sunday May 27, 2012 in the chapel of Starrett Funeral Home with her brother, Ralph Crews, officiating. Interment will follow in the Springhill Cemetery.

Dona was born August 5, 1937 in Detroit, a daughter of Willie D. and Hester Morton Crews. She attended West Lamar Schools, and retired from the former Comfort Inn of Paris, where she worked for some twenty years. She was a consummate seamstress and loved quilting. Among her loves were bird watching, flower gardening, and anything to do with nature. She was a Christian and found joy in the handiwork of God, which she saw all around her.

In addition to her parents she was preceded in death by her step-mother, Nina Crews; three brothers, Leroy Crews, Robert Crews and Clyde Crews; and by four sisters, Mary Moore, Pasty Crews, Carolyn Crews and Terrie Crews.

To order memorial trees or send flowers to the family in memory of Dona Marie Boydston, please visit our flower store.