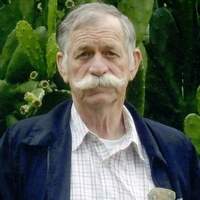 DON McCLAIN, 68, of Muskogee, Oklahoma, died Saturday February 2, 2013 in St. Francis Hospital of Tulsa, Oklahoma. Funeral services will be conducted at 2:00 p.m. Saturday February 9, 2013 in the chapel of Starrett Funeral Home with Morris Freeman officiating. Interment will follow in Evergreen Cemetery, with military honors by the U.S. Navy.

Don was born April 20, 1944 in Bisbee, Arizona, a son of Herman Hendricks and Lottie Richardson McClain. He served in the U.S. Navy from 1962 to 1966, then began a lifelong career as an electrical engineer. He was a member of the Bible Baptist Church of Muskogee.

He married Linda Kay Browning on October 8, 1966 in Paris.

To order memorial trees or send flowers to the family in memory of Donald T McClain, please visit our flower store.