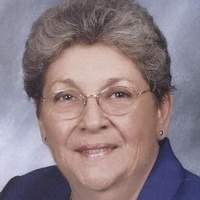 Donna was born October 16, 1942 in Antlers, Oklahoma, one of two daughters born to George Grady and Vivian Grace Posey Morrison. She was a graduate of Miami, Arizona High School, then later moved to Paris, where she met the love of her life, John Gray. They were married on October 23, 1964 in Paris, and spent the next forty-four years building family, loving life, and making memories. She worked alongside her husband John in the family businesses of house painting, and their family business, Quality Paint. John preceded her in death on September 29, 2008. Later in life she found a second career with Jamar Heating and Air Conditioning, where she was secretary/bookkeeper. She found great joy in her volunteer service to the Ladies Auxiliary of Paris Regional Medical Center, and was a long time member of Eastern Star. Donna was an avid reader, finding time to pursue this love even with her busy schedule. She was a faithful member of the College Church of Christ.

In addition to her husband, she was preceded in death by a step-son, Johnny Ardel Gray.

Donna loved many people and made friends easily with anyone she met, but found a special friendship with Hazel Motley. For her love, the family says, "Thank you."

To order memorial trees or send flowers to the family in memory of Donna Reesa Gray, please visit our flower store.