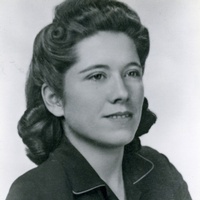 The family will receive friends from 3:00 to 4:00 p.m. Sunday at the funeral home, and for one hour prior to the service at the church.

Dorothy was born December 27, 1924 in Stanton, a daughter of O. F. "Shorty" and Alma Corrine Lee Wells. She was a graduate of Midland schools, then during World War II she worked as a "Rosie the Riveter" in San Antonio, doing her part in the war effort. She later retired from Bank of America after twenty years of service. Her chief occupation, however, was serving as a mother, homemaker, caregiver and friend. She was an excellent cook, and never failed to extend welcome arms to her table for family and friends. She was a member of Allen Heights Baptist Church. The memory of her laughter and sense of humor will reside forever in all who loved her.

She was preceded in death by two step-sons, George Barr and Leroy Barr; by two brothers; eight sisters; and her special canine companion Molly.

To order memorial trees or send flowers to the family in memory of Dorothy Barr, please visit our flower store.