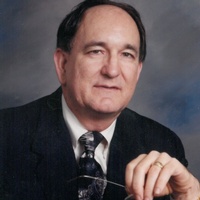 Dr. Robert B. Moseley, 68 of Paris, was called to Heaven Monday morning, March 26, 2018 at home and surrounded by his wife, Louise Moseley, and family.

Dr. Moseley has been a pillar of the community; as well as a member of First Baptist Church his entire life. Dr. Moseley's greatest distinction was his love of the Lord and his devotion to the study of theology - always leading those that he met in life to His Father and Lord Jesus Christ.

He was an antique car collector, art aficionado, sailor, history buff, gardener, rose cultivator and collector of fine antiques. As a gardener and rose cultivator, Dr. Moseley preferred the red rose and utilized it throughout his home. Robert was a member of the Rolls-Royce Owners Club and the Mercedes Club of America for many years. Robert owned and operated Moseley Dentistry for over 42 years; as well as, Moseley Amusement in Paris, Texas. Dr. Moseley served on the Health Board of Lamar County for 25-years and President of the Paris Junior College Alumni for 7 years.

Robert married Louise on December 19, 1981 at Presbyterian Church of Paris, Texas. Robert went through life never meeting a stranger and treating each patient as though they were family during his extensive dental career.

The family will be accepting family and friends at Roden-Pryor Funeral Home on Wednesday, March 28th from 5pm - 7pm with funeral services officiated by Dr. Tommy Turner at First Baptist Church on Thursday morning, March 29th at 10:30am. Following the funeral service, interment will be at Long Cemetery in Powderly.

To order memorial trees or send flowers to the family in memory of Dr Robert B Moseley, please visit our flower store.