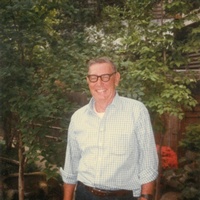 Edward was born December 5th, 1919 to Benjamin Harrison McFadden and Louvenia Bramlett in the Beardstown community of Lamar County. He married, Thelma Webb McFadden, and together they raised three daughters.

He served his nation honorably in the United States Airforce as a decorated Aircraft Maintenance Officer for twenty-three years. He received the Air Force Longevity Service Award and the Good Conduct Medal for his outstanding discipline and dedication to his country.

After the service, he worked and retired from a long career as a mechanical engineer and electrician for Babcock & Wilcox, Inc. in Paris. Some of his favorite memories are of playing basketball at Paris High School and earning the nickname, "Country."

Edward was preceded in death by his wife, Thelma.

To order memorial trees or send flowers to the family in memory of Edward Lee McFadden, please visit our flower store.