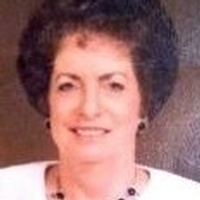 ELVA LOU PRATT, 78, of Paris, went to be with our lord on Thursday, May 2, 2013 at Stillhouse Rehabilitation Center, following her battle with cancer. Starrett Funeral Home will conduct graveside rites at 2:00 p.m. Sunday May 5, 2013 at Springhill Cemetery, with Rev. Carey Robinson officiating.

The family will receive friends from 5:00 to 6:00 p.m. Saturday at the funeral home.

Elva was born April 12, 1935 in Paris, to Nelson (Brownie) and Ethel White. She was a member of the FOE and the Lakeway Baptist Church. On June 2, 1950 she married the love of her life, Ernest W. Pratt, with whom she shared 2 children and 57 years of marriage before his passing. For 40-plus years she was the secretary and co-owner of their family business, Pratt's A-1 Electric. She had a great passion for her family and friends, enjoyed cooking, playing bingo, card games with the family and attending church.

She was preceded in death by her husband; her parents; and a brother-in-law, Paul McKnight.

The family expresses special thanks to their extended family Allen and Jamie Pratt Parker. Never forgotten will be the special time and excellent care provided by the nursing staff at Stillhouse Rehab, Dr. Ganguly and Hospice Plus.

To order memorial trees or send flowers to the family in memory of Elva Lou Pratt, please visit our flower store.