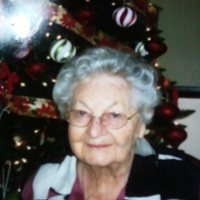 
Essie was born October 23, 1925 in Maryneal, Texas, a daughter of William
Edward and Essie Estelle Faust Blankenship. She was a member of the Church of Jesus
Christ of Latter Day Saints.

She first married Hugh W. Lynch, Jr. on August 31, 1942, who preceded
her in death on September 9, 1989. She later married Ray Bennight, who also
preceded her in death. In addition to her husbands she was preceded in death by a son, Pete Lynch.

To order memorial trees or send flowers to the family in memory of Essie Mae Lynch-Bennight, please visit our flower store.