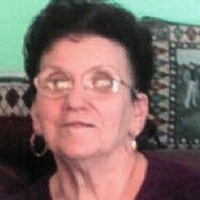 
The family will receive friends from 3:00 to 4:00 p.m. Saturday at Starrett Funeral Home.


She was born October 14, 1936 to Lloyd and Marion Moniz Lanksbury in Honolulu, Hawaii. Ethel was a long time resident of Paris and worked as a waitress at several different restaurants. She married Lloyd Glenn Melvin August 8, 1954.


She was preceded in death by her parents, two brothers, Butch and Harold Lanksbury.


She was a fun loving, kind hearted caring person. She loved to make jokes, laugh and be happy.

To order memorial trees or send flowers to the family in memory of Ethel Jane Melvin, please visit our flower store.