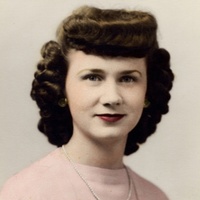 EUGENIA (JEANNIE) DORRELL RADFORD BRAZILE,90, of Paris, left this life to be with her Lord and Savior on Friday March 1, 2013 at Brentwood Terrace. Funeral services will be conducted at 2:30 p.m. Monday March 4, 2013 in the chapel of Starrett Funeral Home, with Rev. Buddy Barnett officiating. Interment will follow in Evergreen Cemetery.

Eugenia was born September 23, 1922 in Paris, a daughter of Talma S. and Minnie Ola Cunningham Radford. She graduated from Henderson High School, then began a career as Chief Operator with Southwestern Bell Telephone in both Henderson and Paris, which spanned some twenty years. She was a member of the Springlake Baptist Church.

In addition to her husband, she was preceded in death by her parents; a sister, Frances Radford Sale, and a brother-in-law, Johnston J. Sale.

To order memorial trees or send flowers to the family in memory of Eugenia Dorrell Brazile, please visit our flower store.