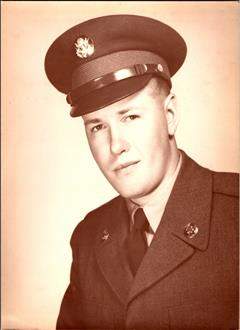 George Arnold Pasternak, 87, passed away at Bonham VA Medical Center on Sunday, July 4, 2021, with his loving wife by his side.Funeral arrangements will be provided by Roden-Pryor Funeral Directors, with family visitation to be held, Thursday, July 8 from 5 to 7 P.M. Funeral services will be conducted Friday, July 9 at 2 P.M. in the Gene Roden Memorial Chapel with Dr. Kyle Jones officiating. Internment with military honors will follow at Sylvan Cemetery in Sylvan TX.
George was born July 18, 1933, in Linden, NJ to Michael and Marie Josephina (Kozak) Pasternak. George graduated from Linden High School in Linden, NJ, and then attended the University of Houston for two years. George served in the Army from October 1954 to November 1962, during which he received a Good Conduct Medal. George married the love of his life Alida Consuelo Rendon Rodriguez on April 2, 1967 in Guadalajara, Mexico.

George was preceded in death by both parents and three brothers: William, Jack, and Tom.

To order memorial trees or send flowers to the family in memory of George Arnold Pasternak, please visit our flower store.