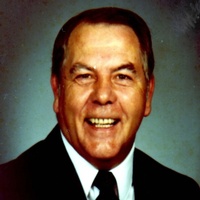 Gerald was born August 15, 1933 in Paris, a son of Chester Gerald and Eva Ozelle Counts Richardson. He was a graduate of Paris High School, continued his education at the University of Texas at Arlington, in community college in Tennessee, then entered the U.S. Marines in 1953, from whence he was honorably discharged in 1956. He retired from wholesale diamond sales, having represented several fine jewelry companies, as well as operating his own jewelry business. Gerald was active in the life of his community and in the lives of his children, serving as president of the PTA, a member of Optimists International, and the Elks Lodge. He served as a deacon in several Baptist churches in Virginia and Tennessee, and was a faithful member of First United Methodist Church upon his return to Paris. He had a love of basketball and enjoyed golfing with friends, but his greatest joys were vacationing with his family. He loved to join his children and their neighborhood friends for games of touch football. Though time robbed him from the physical ability to join them, it never took the joy from his heart to watch children at play.

He married Patricia Hill on September 28, 1953 in Durant, Oklahoma.

He leaves to cherish his memory his wife Pat, of the home; a son, Gerald Richardson, Jr., of Dallas; a daughter, Cathy Richardson, of Paris; two sisters-in-law, Mary Sue Leatherwood, of Katy and Beverly Hoover, of Wichita, Kansas; and numerous nieces, nephews, great-nieces, great-nephews and a host of friends.

If desired, memorial contributions may be made in Gerald's memory to the Fisher Center for Alzheimers Research Foundation, One Intrepid Square, West 46th Street @ 12th Avenue, New York, NY, 10036; or at www.alzinfo.org .


To order memorial trees or send flowers to the family in memory of Gerald W Richardson Sr, please visit our flower store.