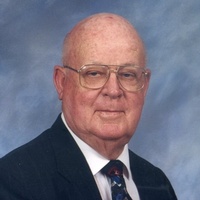 HARLIN MACK MILLER, 79, of Paris, passed from this life Saturday May 1, 2010 at Brentwood Terrace Healthcare Center. Funeral services will be conducted at 2:00 p.m. Tuesday May 4, 2010 in the chapel of Starrett Funeral Home with Rev. Mike Shupp officiating. Private interment will follow.

Mack was born May 1, 1931 in Kiowa, Kansas, a son of Harlin Ray and Leal Kelloge Miller. He graduated from Capron High School in Oklahoma, then served his country honorably in the U.S. Navy. He was a member of First Baptist Church of Blossom, and retired from the American National Insurance Company.

He married Donna L. Robinson on September 16, 1957 in Wellington, Kansas.

He was preceded in death by a son, Tracy Miller; his parents, Harlin and Nellie; a step-mother, Leal; a sister, Gail Miller; and a grandson, Samuel Kevin Cullom.

Named as honorary pallbearers are Robert Weems, Sid Johnson, and the staff of the Paris office of American National Insurance Company.

To order memorial trees or send flowers to the family in memory of Harlin Mack Miller, please visit our flower store.