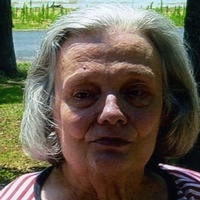 The family will receive friends from 7:00 to 8:00 p.m. Thursday at the funeral home.

Hazel was born June 5, 1936 in San Antonio, a daughter of Bill and Loys Scott Osborne. She was a graduate of Paris High School and Paris Junior College, and worked as Payroll Clerk for Campbells Soup Company for twenty-five years before her retirement. She was an excellent seamstress and an avid camper and fisherman who loved to fish for Crappie at Pat Mayse Lake.

She married Charles Sparks, longtime Paris educator and school administrator, on June 10, 1956 in Paris. He preceded her in death on August 24, 2009. In addition to Charles she was preceded in death by a daughter, Donna Carden on March 29, 2010.

Hazel is survived by two sons, Stephen Sparks and wife Karon, and Craig Sparks, all of Paris; a grandson, Stephen C. Sparks and wife Cathleen, of Garland; and by two sisters, Betty Ayres, of Pennington, New Jersey, Sarah Barbee, of Paris; and several nieces and nephews.

To order memorial trees or send flowers to the family in memory of Hazel O Sparks, please visit our flower store.