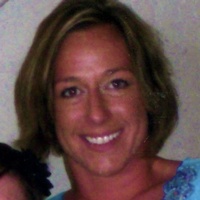 HEATHER DIAN WILLIAMS, 31, of Paris, passed from this life on Monday November 8, 2010 in Paris. Funeral services will be conducted at 11:00 a.m. Saturday November 13, 2010 in the chapel of Starrett Funeral Home with Rev. Tim Reger officiating. Interment will follow in Evergreen Cemetery.

Heather was born August 16, 1979 in Poteau, Oklahoma. She moved to Paris with her family and graduated from North Lamar High School in 1997, then attended Paris Junior College. She was a member of the Mt. Olive Baptist Church. Heather was a Registered Cardio Sonographer, and was employed by the Heart Clinic of Paris. She loved working out, bicycling, running, and all aspects of physical fitness. She was an avid gardener who loved to tend to her flowers and yard, and was the consummate cook. Among her favorite pastimes was watching movies with her family.


To order memorial trees or send flowers to the family in memory of Heather Dian Williams, please visit our flower store.