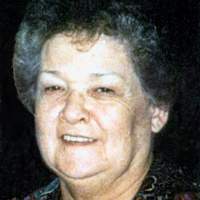 On August 31st, 2017, Irene Foreman, 76, passed away at her home in Paris, Texas. She was preceded in death by her parents; five brothers; one sister; a son, Gregory; and a grandson, Jared.

Gracie Irene Pettyjohn was born on January 18, 1941 to Joe and Minnie Pettyjohn in Speer, Oklahoma. Irene and Bobby found their way to each other and were married on June 22, 1977 as they loved each other dearly for the next forty years. They brought out the very best in each other and they raised a family together that was filled with love and laughter. Irene loved her family with an unconditional, unwavering love and we all loved her more than she could have ever known.

Irene was a local business owner as she owned and operated Washington Street Grocery and South Main Caf for a number of years. Irene was known by family and friends for her love of family, work, ethic, sense of humor, unselfishness and her strong beliefs. She would also quietly donate to those in need and to numerous local charities/causes. She wouldn't hesitate to take in children that needed a stable home environment and did so on several occasions. Irene received an award for Citizen of the Year in 1996 for outstanding contributions to the members of the Paris Police Department. She was an avid supporter of The Paris Police Department.

At Irene's request, Roden-Pryor Funeral Directors will conduct a private ceremony with Reverend Doug Holt of Paris Church of God as officiant. Those wishing to make contributions in Irene's memory may do so by giving to the American Breast Cancer Foundation at www.abcf.org.

To order memorial trees or send flowers to the family in memory of Irene Foreman, please visit our flower store.