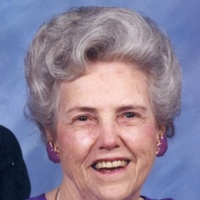 IVA LEE KENNEMER, 95, of Paris, Texas, passed from this life Tuesday July 10, 2012 at her home in the Springlake Assisted Living community. A funeral service will be conducted at 10:00 a.m. Friday July 13, 2012 in the chapel of Starrett Funeral Home, with Cleve Fendley officiating.

She was born December 6, 1916 in Cleveland, Texas, a daughter of D.T. and Bertha Doolin Johnson. She graduated from Cooper High School in 1936 and Paris Junior College in 1938. She received her First Class Elementary State Certificate for public schools of Texas on September 1, 1938. She received her B.S. degree in May, 1950 and her M.E. degree in August, 1963, both from East Texas State Teacher's College, now Texas A&M Commerce. Iva Lee taught school for thirty-three years, teaching at Hazel Dell, Clark, East Delta, Biardstown, and both Rosa Pearson and Thomas Justiss Elementary schools, in Paris. She was named Teacher of the Year of the Paris Independent School District in 1971, and in 1973 was given an honorary lifetime membership in the P.T.A. After retiring in 1977 from teaching, Iva Lee was very involved for many years in the Paris Retired Teachers Association and Delta Kappa Gamma. In September, 1978 she began a new career as a dedicated and active volunteer in many Paris organizations, which spanned twenty-five years. The recipients of her dedicated service included McCuistion Regional Medical Center, R.S.V.P., AARP and Paris Noon Study Club. Additionally, she and her husband were active members of the Antioch Cemetery Association.

Her love of family and friends was only exceeded by her love for God, which she demonstrated as an active member of the Lamar Avenue Church of Christ. She taught a Bible class for some thirty-six years, was a substitute worker for the Latch Key program, attended the Ladies Bible Class, visited shut-in members of the congregation and shared produce from her garden with many.

She married Ray A. Kennemer, of Biardstown, Texas, on February 5, 1943. He preceded her in death following sixty-three years of marriage, on March 17, 2006. In addition to her husband and her parents, she was preceded by three brothers, Bluford B. Johnson, E. Tommy Trapp, and Milton Johnson.

Iva Lee is survived by two sons, B.R. Pete Kennemer and wife Mary, of Conway, Arkansas and Jerry Bob Kennemer and wife Sandra, of Ft. Worth; four grandchildren, Mikel L. Kennemer and wife Leah, of Lone Oak, Kasey Kennemer Strack and husband Brian, of Conway, Arkansas, Brent Scallan and wife Michelle, of Lake Stevens, Washington and Bryan Scallan, of Richardson; ten great-grandchildren, Mike Austin Kennemer, Cory, Caleb and Clay Strack, Kearsty Busby and husband Tony, Ashley Terrill and Riley, Bailey, Macy and Carly Scallan; a sister, Louise Trapp McMillan, of Cooper; and several nieces, nephews and cousins.
Iva Lee once said, "The more we can do for others, the happier we are." She demonstrated a genuine love and concern for everyone she met throughout life. She loved people, and was loved in return, especially by the caregivers in the Memory Care unit of Springlake Assisted Living, to whom the family wishes to extend deepest thanks.

To order memorial trees or send flowers to the family in memory of Iva Lee Kennemer, please visit our flower store.