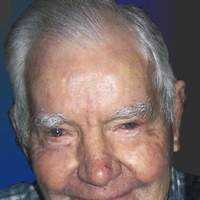 JAMES LYNN COLLINS, 90, of the Lake Creek community, passed from this life Saturday August 3, 2013 at his residence. Starrett Funeral Home will conduct funeral services at 11:00 a.m. Wednesday August 7, 2013 at the Enloe United Methodist Church, with Rev. Stacy Smith officiating. Interment will follow the service in the Lake Creek Cemetery.

James was born March 16, 1923 in McLean, Texas, a son of William Arthur and Velma Hardin Collins. He was a graduate of Arlington High School, then entered the U.S. Army, serving his country honorably at his station in Bermuda. He left military service in 1947, and began to travel the country, visiting many noteworthy places around the United States, and after a brief residence in New York, he hitchhiked back to Texas, and worked with a seismic crew. Settling back into his Texas roots, he returned to the family farm, and was introduced by his sister to who would become the love of his life, Dorothy Imogene Gladden. On February 14, 1947 he and Dorothy were married in Arlington, and shared life, family, love and memories until her death on November 25, 2009. James, as a son of the one of the founding families of Arlington, continued to work a growing cotton farm, on land belonging to the Collins family for generations. Ultimately the land became a part of the tremendous growth and development of Arlington, and was included in the massive development of highways, stadiums and amusement parks. During those years James served as a member of the Arlington Volunteer Fire Department, was active in the Webb Baptist Church, and, as his land was taken by eminent domain in 1969 for the building of U.S. Highway 360, he moved with his wife and family to Delta County, where he continued a life in farming and ranching, as well as serving as a Gin Director for the cotton gin. In his later years he was able to support his grandchildren in their sporting efforts, and was in attendance at every sporting event possible. James was loved admired and respected by the students, faculty and families of Chisum sports, as his face was always found among the attendees. He enjoyed church membership in the Enloe United Methodist Church. James will be remembered as an honest, hardworking man, who instilled that same integrity and work ethic in his children as well as other children and teenagers who either worked for him on the farm or grew up around him. He will be remembered as a mild-mannered man, who was slow to anger. He loved good food and good friends, and nothing made him happier than a good game of 42. He was an avid user of Facebook, and had logged over six thousand games of online Checkers. The world needs many more men like James Collins.

In addition to his wife Dorothy, he was preceded in death by a grandson, Brian Mohundro in 2012; and a brother, Billy Ray Collins who died as a child in 1930.

James leaves behind two children, his daughter Dianne Permenter and husband Jim, of Canton, Georgia and his son J.B. Collins and wife Lori, of Lake Creek; five grandchildren, Cori Collins, Gus Collins, Tommy Mohundro, Chrisy Forbes and Chelsy Forbes; six great-grandchildren, Dalton Mohundro, Dillon Mohundro, Lexi Mohundro , Katie Mohundro, Kyle Mohundro, and Faith Mohundro; four sisters, Edna Myrle Bellomy and husband George, Jo Ann Somers and husband Ray, Mary Nell Rater and husband Ed, and Kay Cannon; and a host of extended family and friends, but his last wish on earth was to spend time with a special friend "Ms. Bonnie," and upon a final visit from her he was ready to move on from this life and into the life to come.

If desired, the family requests memorial contributions to the Enloe United Methodist Church.


To order memorial trees or send flowers to the family in memory of James Lynn Colllins, please visit our flower store.