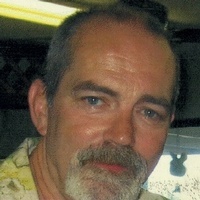 JARREL WAYNE "JERRY" HENDRIX, 60, passed from this life peacefully at his home in Paris on Sunday May 13, 2012 after a brief battle with cancer, surrounded by his loving family. A memorial service and celebration of his life will be held at 3:00 p.m. Sunday, May 20, 2012 at Starrett Funeral Home with his friend Derald Bulls officiating.

Following the memorial service the family will be at the home of Jim and Wendy Hamaker, 440 17th Street SW, for a continued celebration of Jerry's life.

Jerry was born November 18, 1951 in Hugo, Oklahoma, to James Floyd and Dorothy Marie Langley Hendrix. His family moved to Paris shortly after his birth and Jerry attended Paris schools, graduating from Paris High School in 1970. Jerry followed in the footsteps of his father, by working in radio broadcasting for many years at KFTV, KPRE, KTXU and KPLT in Paris and KTYL in Tyler. His was the lone voice on the air during the 1982 Paris tornado, as other local stations had lost broadcast power. During his radio years he made many lifelong friends. After his radio career he was co-owner and operator of Nortex Investigation and Security in Paris.

Jerry's presence would literally fill a room, making himself known not only by his size, but by his deep resonant voice and his vibrant personality. He had a charisma that was uniquely his own, which he kept to the end, charming and entertaining his family and friends even through a difficult illness. He will always be remembered for his dry sense of humor, his loyalty to those dear to him, and his lifelong love of motorcycles.

He was preceded in death by his parents, and a brother-in-law, Harold "Sonny" Tomme, III.

Jerry is survived by his daughter, Carly Hendrix Mullins and her husband Mark of Ft. Worth; his son, James David Hendrix of Paris; sister, Jimmie Ann Tomme of Ft. Worth; niece, Julie Tomme Castellano; nephews, Eric, Andy, and Matt Tomme, all of Ft. Worth; several great-nieces and great-nephews; the mother of his children, Wendy Hamaker, of Paris; and his "sweet lady love" Lynn Roberts and her children, Shelly Keller and Rusty Nowell, all of Paris.


Jerry was able to spend his final days at home, thanks to his caregiver Debbie Dunn and the non-profit organization, Cypress Basin Hospice. In lieu of flowers, please consider making a donation in Jerry's name to Cypress Basin Hospice at http://www.cbhospice.org or 207 Morgan Street, Mount Pleasant, TX 75455.

To order memorial trees or send flowers to the family in memory of Jarrel Wayne "Jerry" Hendrix, please visit our flower store.