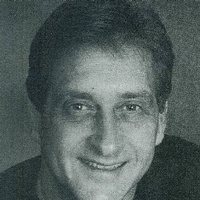 Jesse was born March 18, 1964 in Paris, Texas. He married Kelley Browning in December of 1993. Jesse was a God loving family man who had a heart of gold. He enjoyed deer hunting, fishing, watching his kids play sports, and spending time with his family and friends.

He is survived by his loving wife of 20 years, Kelley Slagle of Hurst; his daughter, Jordan Nicole Slagle of Sarasota, Florida; his son, KaSee Paul Slagle of Hurst; his mom, Alma Slagle of Plano; his dad, Gene Slagle of Chicota; brothers and sisters, Terry Slagle of Chicota, Larry Slagle and wife Morgan of Paris, Lisa Bowers and husband Mike of Mansfield, and Joe Slagle of Grapevine; mother-in-law, Sidna Johnson and husband Wayne of Wichita Falls; sisters-in-law, Lisa Garcia and husband John, and Ashley Browning all of Wichita Falls; his granddaughter on the way, Kegan; and numerous nieces, nephews, family and friends who will miss him dearly.

To order memorial trees or send flowers to the family in memory of Jesse Slagle, please visit our flower store.