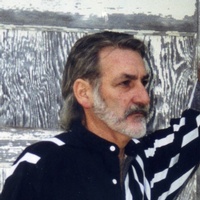 JIMMY BROOK' DALE BROOKSHIRE, 62, left this world December 10, 2010 in Paris. Following cremation arrangements by Starrett Funeral Home, a memorial service will be conducted at 1:00 p.m. Tuesday December 14, 2010 at Christ Community Church, with Rev. Brad Aldridge and Rev. Tim Reger officiating.
Jim was born August 20, 1948 in Horton, Texas. He attended school in Commerce, Texas and graduated from East Texas State University with his Bachelors and Masters degrees. He taught in Bonham, Texas before moving to Paris to head the Media Department at Paris Junior College. In addition, he taught Photography, English and coached Tennis before he left the college in 1995.
Jim married Deborah Corley on December 28, 1999.
Jim was preceded in death by his parents, Maggie and Elton Brookshire; brother, Roger Brookshire, and brother-in-law C. L. Eaton.
He is survived by his wife, Deborah; daughters Melissa Reed of Paris, Texas and Jordan Brookshire of Miami, Florida, and son, Sam Nations and wife Holly of Reno. He is also survived by his brother, Charles Brookshire and wife Mary Ann; sisters Janice Banks and husband Donald, and Sylvia Eaton Hart and husband Ronnie, along with many nieces and nephews and numerous friends.
He was a person who people enjoyed being around and his sense of humor always kept you laughing. Jim never met a stranger. He will truly be missed, not only by those who loved him very much, but by his many friends. He loved his family and always talked about how proud he was of his children. Jim is now at peace with the Lord. God bless you, Jim. We love you.

To order memorial trees or send flowers to the family in memory of Jimmy Dale Brookshire, please visit our flower store.