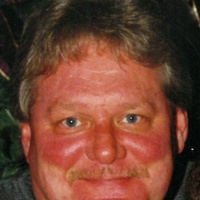 The family will receive friends from 5:00 to 7:00 PM Thursday at the funeral home.

He was born November 7, 1953 to Joe Mark McDowell, Sr.and Francis Laverne Shelton McDowell. His birth was celebrated in Shreveport, Louisiana, where his father was completing an engineering project. Mark spent the majority of the rest of his life in Lamar County.

Mark was a big man who had a big heart to match his frame. He loved people and was rich in family and friends who loved him dearly. Mark loved God and had a very close relationship with his Savior. Mark's chosen place of worship was everywhere he went. He observed the great commission and his daily life by loving the Lord with all his heart and loving his neighbor more than himself.

He was an outstanding athlete and a lifetime lover of sports. He began playing Little Leaguebaseball and continued on to playing college football on a full scholarship. He still holds multiple football records at Paris High School. Fishing was his favorite hobby. He was a master crappie fisherman and would "wet a hook" any chance he got.

He married Cindy Karen Asay McDowell on July 29, 1987. They enjoyed a long and love-filled marriage, traveling so much with their family that they were nicknamed "The Griswalds".He adored his children. They were a source of joy and pride for him.

In lieu of flowers, donations may be made to the Red River Down Syndrome Society of Paris http://www.redriverdss.org/ .

To order memorial trees or send flowers to the family in memory of Joe Mark McDowell Jr, please visit our flower store.