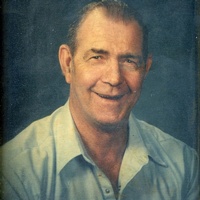 JOHN DEE McCOOL, 72, of Paris, passed from this life Monday May 17, 2010 at Paris Regional Medical Center. Funeral services will be conducted at 2:00 p.m. Thursday May 20, 2010 in the chapel of Starrett Funeral Home with Rev. Allen McCool officiating. Private interment will follow in the McDonald Cemetery.

Mr. McCool was born May 22, 1937 in Lamar County, a son of John and Willie Ford McCool. He attended Lamar County schools, and was retired from Campbell's Soup after thirty-two years of service. He married Virginia Mullens on November 17, 1956 in Paris. She preceded him in death on December 30, 2002.

In addition to his wife, he was preceded in death by a grandson, Jimmy Kelley; three brothers, Clearence, Ernie and Joe; and his parents.

To order memorial trees or send flowers to the family in memory of John Dee McCool, please visit our flower store.