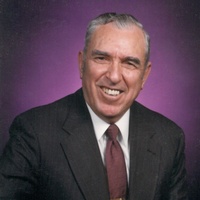 As he had often seen turbulent fishing waters become placid and still following a storm, so did he hear the Master's voice say "peace, be still," to his heart, as JUBLE D. STARRETT, 91, passed quietly from this life on Sunday May 8, 2016 at Hopkins County Memorial Hospital.

His family will receive friends from 1:00 to 2:00 p.m. Friday May 13, 2016 at West Oaks Funeral Home, from whence they will process to the Reilly Springs Cemetery, where graveside rites will be conducted by Starrett Funeral Home at 3:00 p.m., with Rev. Charles Rawlinson officiating.

Juble was born October 4, 1924 to Roy and Cecil Williams Starrett in Reilly Springs, Texas, his ancestors being among the early pioneers establishing that community, and his final resting place on land given by his great-grandfather for the formation of a cemetery and Methodist Church. He attended Reilly Springs schools, then, at the age of nineteen, joined the United States Army, where he served as a Light Machine Gunner. He served in France and Germany, and was the recipient of three Bronze Stars, Good Conduct Medal, and the WWII Victory Medal.
He married the former Dorothy Teer, and together they had three children. She preceded him in death. Juble was employed by the Crown-Zellerbach Corporation as a mechanic, from whence he retired after forty-three years of service. Upon retirement, he moved from the Dallas Metroplex to Lake Tawakoni, where he was able to enjoy his favorite pastime as an avid fisherman. Nothing was more thrilling to Juble than the times spent with his children and grandchildren; especially those many hours he spent teaching his grandchildren to enjoy the water, whether it be boating, swimming, or simply "wetting a hook." In 1996 he moved to Sulphur Springs, where he lived across the road from his youngest brother. They spent many memorable hours together visiting and gardening, but, most especially creating a place where he could enjoy his love of the water, having a large pond dug near his home, stocking it with fish, and building a pier from which he could again watch his grandchildren learn the peace and solitude that comes from fishing. When not fishing, he enjoyed taking naps, visiting with family and friends, or an engaging game of Dominoes, which he played even a few days before his death. Juble was the consummate Dallas Cowboy fan, and enjoyed collecting Cowboy memorabilia. The world became a poorer place upon his departure.

He was preceded in death by his parents; two brothers, Roy Herschel Starrett and James "J" Starrett; two sisters, Bobbie McKissick, and Syble Summers; and a granddaughter, Ashley Mayfield.

To order memorial trees or send flowers to the family in memory of Juble D Starrett, please visit our flower store.