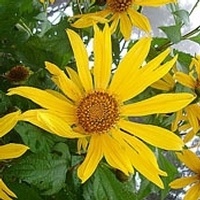 JUDY TAYLOR, 64, of Paris, passed from this life on Thursday March 10, 2011 at Paris Healthcare Center. Funeral services will be conducted at 2:00 p.m. Monday March 14, 2011 in the chapel of Starrett Funeral Home, with interment following in Evergreen Cemetery.

Judy was born August 8, 1946 in Broadway Junction, a daughter of Morris and Edna Preston Williamson. She was an LVN for over thirty years, working in various nursing homes. Most recently she was employed by the V.A. center in Bonham.

She is survived by three sons, Danny Lee Taylor and Allan F. Taylor, both of Paris, and Michael Anthony Taylor, of Wisconsin; a brother, Harold Williamson, of San Antonio; and two sisters, Betty Jo Merritt and Rosa Lewis, both of California.

To order memorial trees or send flowers to the family in memory of Judy Taylor, please visit our flower store.