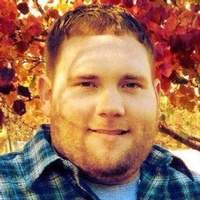 Ross was born April 23, 1984, in Paris to Randy Floyd and Sherry Grayson Floyd. He was a graduate of Paris High School, class of 2002. He attended Paris Junior College. He played football and baseball for the Paris Wildcats and basketball for several Boys' Club and church league teams. He enjoyed watching sports, especially when his little brother Kellen was playing. He was previously employed with various oil companies, both in the field and as an account executive, and most recently with Redstone Foods in Carrollton until his illness made it necessary for him to stop working in 2015. He was a member of East Paris Baptist Church.

He is preceded in death by grandfathers Richard (PawPaw) Floyd, Paul Gene (Papi) Roden and Gayle (Papaw) Foster, and by uncles Ronald and Rodney Floyd.

If desired, memorial contributions may be made to Paris Wildcat Athletic Booster or Boy's and Girl's Club of Paris.

To order memorial trees or send flowers to the family in memory of Kevin Ross Floyd, please visit our flower store.