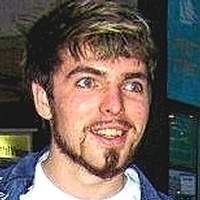 Kristopher Lee Day was born March 28th, 1990 to Kevin Lee Day and Kristi Renae Daugherty in Paris, Texas. He graduated from North Lamar High School. He was currently working on his Associates in Science at Harford County Community College in Bel Air, Maryland.

Kristopher was preceded in death by his father, Kevin Lee Day, of Paris, Texas.

To order memorial trees or send flowers to the family in memory of Kristopher Lee Day, please visit our flower store.