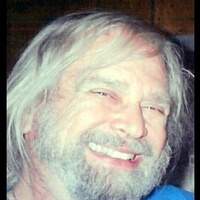 Lanny was born February 11, 1949 in Paris, a son of James William and Gladys Maynard Adams. He was a graduate of Paris High School and Paris Junior College, then spent a career of forty-five years at the Silgan Container Corporation in Paris. For four years, 1969 to 1972, he left his job at Silgan to honorably serve his country in the U.S. Navy during the Vietnam conflict. He loved his family and friends, and his happiest moments were those spent with family; especially grandchildren. He loved to grill and have family cookouts. He was a movie buff, enjoying Sci-Fi, especially. Rambo and the Terminator took a close second. He was a member of the Cowboy Church in the Bible Camp.

He was preceded in death by a son, Jeff Adams, in 2007; a grandchild, Kamron Dabbs; his father, James William Adams; a brother, Tim Adams; and a nephew Michael Adams.

To order memorial trees or send flowers to the family in memory of Lanny Gene Adams, please visit our flower store.