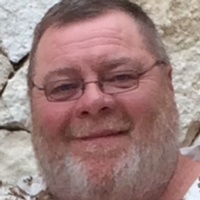 Scott was born December 30, 1956, the son of Jack Briscoe and Mary Katherine Carroll. He attended Prairiland area schools where he was active in sports including baseball, football, and basketball. After graduation, he began working at Merico in Paris where he worked in all areas of production, and he played Industrial League Softball. While working, he met and married Cynthia Jane Moffitt on January 14, 1989. He retired from the Distribution Department at Sara Lee in 2010.

The family requested in lieu of flowers, donations be made in Scott's memory to the Powderly Methodist Church or the Grant Cemetery.

To order memorial trees or send flowers to the family in memory of Larry Scott Briscoe, please visit our flower store.