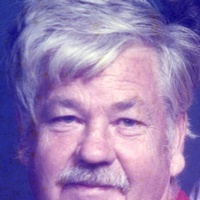 LEE S. WEEKS, 83, of Lone Oak, passed from this life on Friday October 3, 2014 at Hunt Regional Medical Center. Funeral services will be conducted at 2:00 p.m. Thursday October 9, 2014 in the chapel of Starrett Funeral Home with Rev. Mike Fortenberry officiating. Interment will follow in Evergreen Cemetery.

The family will receive friends at the funeral home from 11:00 a.m. until noon on Thursday.

Lee was born March 2, 1931 in Waxahachie, a son of Thomas and Estelle Brown Weeks. He served his country honorably in the U.S. Army for two terms of service, then was mustered out as disabled. Not willing to give in to his disabilities, he became a diesel engine mechanic, spending his career in vehicle maintenance with the Safeway Corporation.

He married the former Dixie Lay on March 20, 1952 in Texarkana. She preceded him in death on July 3, 2014. In addition to his wife, he was preceded in death by an infant daughter; a step-brother Ray Jones, and a sister, Joan Weeks.

To order memorial trees or send flowers to the family in memory of Lee Weeks, please visit our flower store.