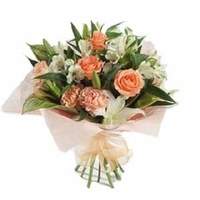 LUCILLE BOYER, 83, of Paris, passed from this life Monday January 10, 2011 at her residence. Following cremation arrangements by Starrett Funeral Home, the family will host a memorial event in the Dallas metroplex.

Lucille was born February 20, 1927 in Frisco, a daughter of George L. and Mogie Norman Locke. She was a retired Graphic Artist, having worked for Melrose & Eschbach Young of Oakland and Lake Forest, California.

She married John Wallace (Wally) Boyer on December 30, 1981 in Lake Tahoe, Nevada. Together they moved to Paris in 2000.

She was preceded in death by a sister, Dorothy Kemp; by two brothers, Leon Cooper and Jack Locke; and by her parents.

In lieu of usual remembrances, the family requests memorial contributions to The American Cancer Society or the Alzheimer's Association.

To order memorial trees or send flowers to the family in memory of Lucille Boyer, please visit our flower store.